Can we get a drum roll, please? Our new Plenny Shake flavour is here:

A beautiful blend of bold apple with a spicy swirl of cinnamon.

We used freeze-dried apple, real cinnamon, and natural fruit flavouring to create a full-flavoured and creamy shake that’s unlike anything you’ve tasted before.

Rumour has it, it’s even better than your grandma’s apple pie!

But Plenny Shake Apple Cinnamon is about much more than just having a small angel pee on your tongue.

20 g of plant protein for increased muscle mass and strength, and less appetite and cravings

Fibre for a healthy digestive system and lower cholesterol levels
And many many more health benefits!

There’s a very real chance this Apple will sell even faster than the latest iPhone - so don’t miss out. 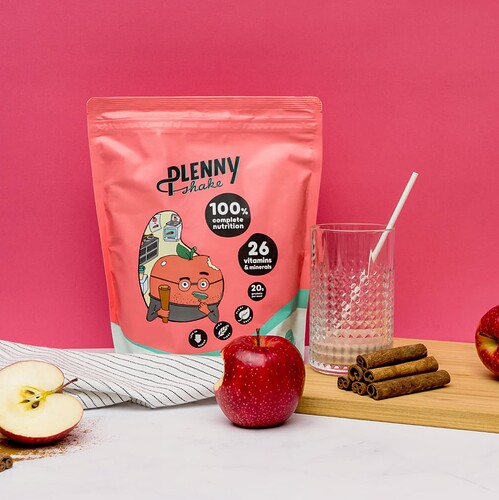 Yesss! Exactly what I wanted

I NEED 5 BARRELS. Where is the barrel option?

Well the review is in … what did I think? Check it out here 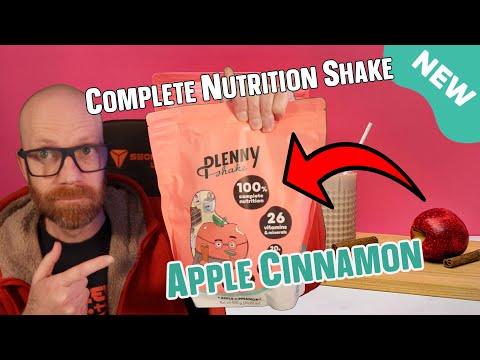 Now that I’ve had a chance to try it for a couple of days:
I like it :D. It’s my current favorite taste.
The tiny bits of apple are a bit weird sometimes, but I guess it makes sense ^_^. I guess they swell up a bit when water is added.

Given the cinnamon though, I feel like I should ask: should I take coumarin content into consideration, and alternate this flavor with others? I’m asking because of the advice from voedingscentrum:

an attempted translation for English speakers:
“It’s better to not eat a lot of the same herbs every day, like cinnamon. That’s also the case for Star Anise Tea, Liquorice, fennel-, anise-, and cinnamon tea. A varied eating and drinking pattern prevents ingesting small amounts of the same harmful substances every day.”

I usually tend to stick to one flavor (I can imagine that’s a bit weird, but it’s because I don’t like the amount of sweetness in most of JJ’s flavors. I tried the neutral flavor once, so I think I know why the high sweetness is important, but still… it can be a bit much)

Hey @RC-1290! This is a great question. There are some types of cinnamon. The most popular ones are cassia which is the one commonly found at the supermarket and Ceylon which is known as “true” cinnamon. Cassia cinnamon has the highest levels of coumarin (1%), while Ceylon has traces (about 0.004%). We use Ceylon cinnamon in our shakes

less than a gram per serving

I still need to get used to this flavour as a shake… but I love it prepared as pancakes! Especially with an extra dash of cinnamon.

Oh that sounds nice! Maybe you can share some pictures of a project like that next time, I am sure it will inspire more.

Will do!
Though these pancakes are not vegan, so I’m not sure it’s okay to share the recipe/pictures, as it’s not very in line with Jimmy Joy’s views.

Thanks for developing new flavors

I have to ask, having had it for a while now… I really like the flavour, but why is it chunky? The other fruit flavours are smooth, this is the only one that has small bits in it, and it’s kinda making me wonder if I want to keep it… Texture is really important to me, so am I the only one that’s bothered a bit by this?

No, you are not the only one that noticed, we have been working on this as well to get it to a more smooth end-product in upcoming batches.

Thanks for the reply! This reassures me to keep ordering it, as I really do like the flavour

I think it’s the apple expanding after soaking up water.

Hopefully this comes.to the US before the fall. When its Apple picking season! Definitely add it to my subscription!

We will make that available for our US customers by end of this week.